Speaker of the Parliament Karu Jayasuriya graced the event as the Chief Guest at the opening ceremony of the exhibition organised by the Russian Centre together with the Orenburg Regional Museum of Fine Arts (OOMIZO).

The exposition of Natalia Akakina’s works is a declaration of love to the Orenburg region, which is mosaic of colours laid on canvas and repeated by the weightlessness of silk. So there originated a new brand – the Orenburg non-dawny shawl. And if the openwork spider web represents frosty patterns and winter, then the works of Natalia Akakina blossom with the hymn of love, warmth and summer. The exhibition of photography by Sergey Zhdanov reflects the nature of Orenburg: the expanses of the steppe and its inhabitants – birds and animals, flowers and grass. According to the photographer himself, “The Orenburg steppe is a real treasure of nature; it affects the character and national art of people. The steppe is a planet of friendship!”

At the opening ceremony, the guests of the Russian Centre were also shown a video presentation of the Orenburg region in English.

The head of the OOMIZO delegation, director of the Museum Yuri Komlev in his speech spoke in details about some exhibits, explaining for the local audience the symbolism of the name of the exhibition project. “Orenburg is the heart of Eurasia,” said Yuri Komlev, “because the city is located on the Ural River, geographically dividing the two continents.”

In conclusion, OOMIZO presented the Russian Centre library with English-language editions of a collection of books and artworks on Alexander Pushkin.

The exhibition project ‘The Orenburg Region of Russia – the Heart of Eurasia’ will last until 10 March. 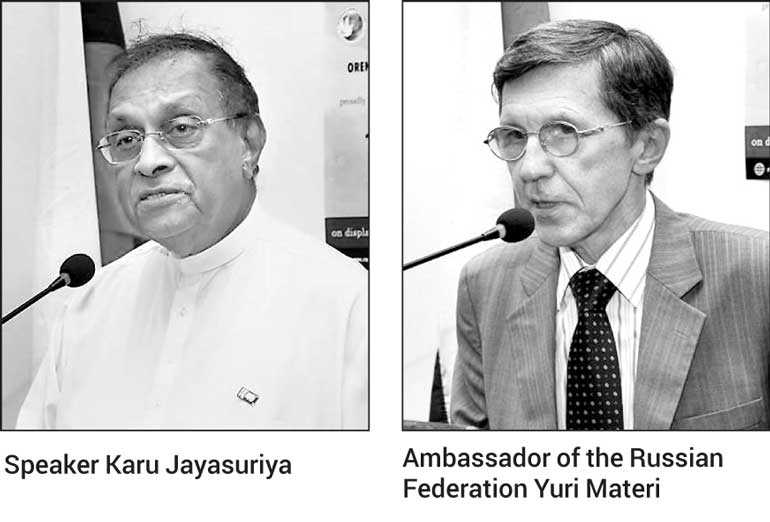